Remember when we all thought video phones would be the communication of the future? They were about as cool and idealistic as flying cars. While the dream of video phones eventually came to fruition, the actual products did not live up to the hype. 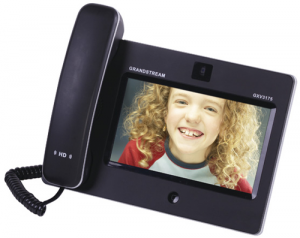 AT&T made a valiant effort to get video phones to catch on. In 1964, they debuted the Picturephone to much chagrin. Consumers disliked the small screen and difficult controls. Their next attempt was in the form of videophone booths, which were discontinued shortly after implementation. The booths were costly and reservations were necessary, often an inconvenience. One last endeavor was the videophone for home use, introduced in the 70s. This was precisely what was expected, however, consumers soon realized the video aspect was a bit too intrusive. People did not want to be seen in pajamas or before showering.

It boiled down to the idea being more advanced than the technology. In lieu of the videophone came webcams, making it easy and affordable to communicate face to face so long as internet connection was available. Furthering the obsoletion of landlines, cell phones and smart phones came along and took the world by storm. For nearly all smart phones with a front facing camera, there is an app to enable video chat abilities (ex. FaceTime, Skype, ooVoo, Tango, Fring, etc).

While these essentially eliminate the need for actual video phones, there is still a market for video phones for businesses. Video conferencing is still cheaper than flying to a different country for a business meeting, and much more efficient. Video phones can also play an important role in “telemedicine” as physicians basically hold a consultation through a video chat.

While video phones can be a bit more costly than other phones, certain businesses can still profit from them. Find our selection of video phones at StarTechTel.com. If you have any questions or concerns, our staff will gladly help; you can live chat or give us a call at 1-800-564-8045.