To initiate a conference call:

1. Press a LINE button and dial the first party’s telephone number.
2. When the first party answers, advise them that a conference call is being established and press the HOLD button.

3. Press the other LINE button; dial the second party’s phone number.
4. When the second party answers, advise them of the conference call and then press the CONF button.

• The first call will be released from Hold and you will be able to converse with both parties at the same time.
• The red Conference LED illuminates steady, and the green LEDs for both lines will remain lit.

If the second party’s line is busy:

To terminate a conference call:

1. Hang up the handset, or press the SPKR button if in SPKR mode. Both Line indicators will extinguish.
2. Press the CONF button in order to terminate this function.
Note: If the CONF button is not pressed after you hang up, both lines will be accessed simultaneously the next time the telephone is used.

To talk with only one party from the conference:

1. Press the LINE button for the desired conversation.

• The red Conference LED will extinguish; Line LED will light steady for selected line; the other line will be disconnected.

To end a conference, placing both lines on Hold:

1. Press the HOLD button.
2. The red Conference LED will extinguish and the LIU LEDs will light steady red. Both first and second parties are placed on hold.

And that is how you use the Conferencing feature on the Vodavi Starplus 2803 phone. Please see your System Administrator for more information.

Shop our selection of new and refurbished Vodavi Starplus phones and equipment at Startechtel.com or call 800-564-8045 to speak with a representative. Connect with us on Facebook, Twitter, LinkedIn, and Pinterest. 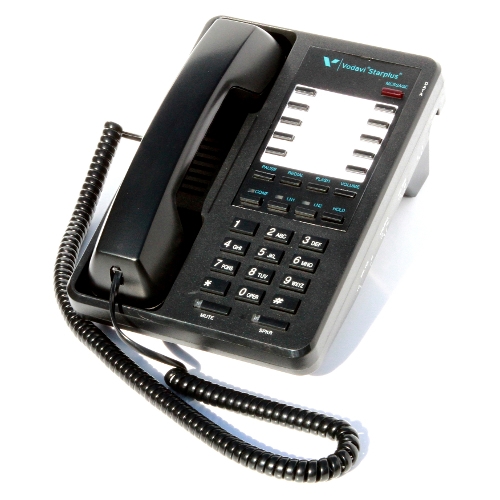